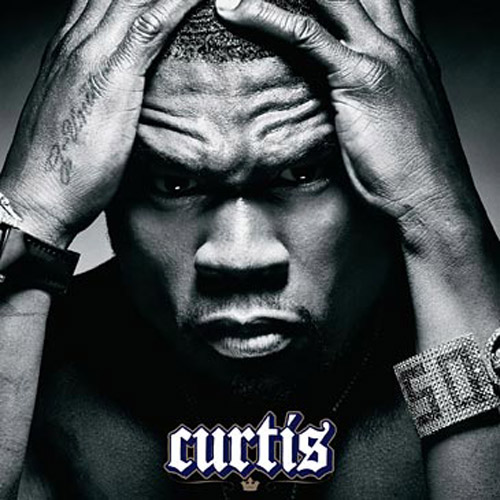 50 Cent releases his 3rd album and it’s definitely classic 50. It’s everything you’d expect from his albums, solid beats and riffs, and mostly generic lyrics with some hooks that’ll get stuck in your head for days on end. Most of the songs aren’t big mega hits and don’t stand out on their own. But that’s how all 50 Cent’s albums are, you’ll have a couple of songs that’ll get major radio play, and a lot of stuff you’ll only hear when you let the album play on longer car rides.

“Ayo Technology”, the lead-off single featuring Justin Timberlake and Timbaland is probably the most notable song on the album. The electronic beat that sounds like something from an old Nintendo game set to a solid bass beat is catchy and unique sounding. The contrast of 50’s classic “slurred” sounding voice and Justin’s falsetto make for a good mix that keeps you listening to it as I’m sure it’ll get played a million times over on the pop radio stations.

“Follow My Lead” is the “ballad” of the album, and features a great artist in Robin Thicke. Set to a slower piano/bass beat, it feels like a song you’d hear in a R&B bar, and the vocals by Robin Thicke definitely help this song feel classy. As unlikely as you’d imagine it from 50, this is definitely a song your girl will like even if she’s not into hip-hop/rap. One of my favorites from the album as well, but I’m a fan of Robin Thicke as well so I’m a bit biased.

“Fire” featuring Young Buck & Nicole Scherzinger is almost certainly the follow-up single you’ll be hearing. This is one of the few songs that stand out on the album with a beat that is unique and gets your head bobbing right away. Nicole’s contributions is a short bit, but definitely adds some nice flavor to the song.

“All Of Me” is a great song that is good if you got some good woofers to bump the bass. It features Mary J Blige, who provides the chorus and vocals. 50 provides only a couple of verses at the start and the rest is Blige. A couple lines like “making me feel like a fiend on crack” seem rather laughable and sound funny coming from Blige, and the last 45 seconds or so of her “ohh” and “ahh”-ing to show off her vocal range get a bit old quick. But the the bass beat to this one make it all forgivable.

The rest of the album is okay, and definitely fill out the album well, but nothing else too memorable or stand out. If you’ve enjoyed 50’s previous albums this is definitely worth your money, but if you’ve only liked a few of 50 Cent’s songs that you’ve heard on the radio, I’d recommend cherry picking and buying just the ones I mentioned off of iTunes or your other favorite music store and save yourself a few bucks.