Album – Big Head Todd & The Monsters – All the Love You Need 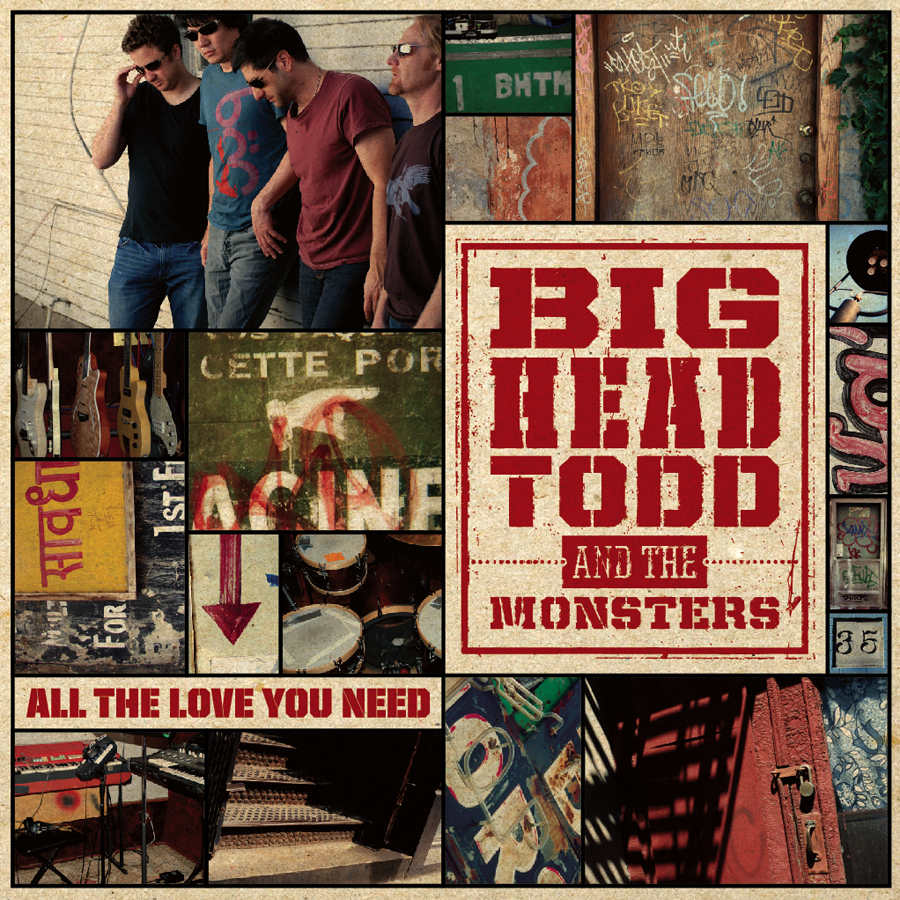 This is probably one of my favorite rock and roll bands that most people have not heard of. I became hooked when I heard their song “Boom Boom”, a cover of the John Lee Hooker song of the same name (he also appeared on their version). Definitely a band I highly recommend and finally have a chance to review their new album “All The Love You Need”. The band has a classic rock sound, but has traces of blues, jazz, & country which combines to a unique sound not found in today’s contemporary rock bands. Big Head Todd & The Monsters (BHTM) is a primarily touring band that doesn’t get a ton of radio play (out here anyways) or rely on popular hits, but are fan favorites because they love playing for the fans in person. Definitely listening to this album makes you want to go see them in person. The album features a diverse set of sounds and songs, all well done and a CD you’ll listen to from start to finish.

One of the awesome things about this album and BTHM, is that they decided to give it away for free. That’s right, you can download the entire album free and clear from their website. “Why free? The BHTM family believes that the music industry is changing. We are a touring-based band, and we want to get our new music out to as many people as possible.” (source: BHTM website). If you want a hard copy you can get the CD for only $5, but just released at retailer Best Buy, you can get the CD, with a bonus DVD and also a bonus track for just a bit more. I applaud BTHM for their efforts to connect to the fans and try new methods of getting the music out there in a legal manner.

“Her Own Kinda Woman” starts the album and is a great intro song. Gets the rock going right away. With trumpets going it announces the CD excitingly. “Cruel Fate” follows and has a much more country feel to it, sounding kind of like “Ramblin’ Man” by the Allman Brothers, but they keep it rocking the whole time.

“All the Love You Need” is the title track and is a winner from the start. Excellent deep drum bass beat keeping rhythm to a slower song. A good song talking about feeling like you need to do more or have more but you really have it already. “Cash Box” is my favorite of the album. A good ol’ rock song, with a great guitar riff that hooks you right away. This is one you gotta play loud, I mean, turn it up to 12 on the knob kind of song.

“Fortune Teller” has a Dave Matthews Band kind of sound to it, and sounds like it could be the background song from a romantic move during a montage of the guy and girl falling in love. Things continue to slow down a bit with “Ever Since Ya Pulled Me Under” & “How Easy”, a couple of slower love songs. “Spanish Highway” picks the tempo up again (rhythmically) as it talks about love lost and life afterwards. “Blue Sky”, “Silvery Moon” and “Beautiful Rain” close out the CD well and are good songs worth a listen.

Definitely an album I’d recommend you download or buy a copy of, definitely worth it if you want a real rock and roll album that isn’t like anything else out there right now in the mainstream. Oh and if you want to check out the lyrics to the song you can find that on their website here. Oh and if you get a chance to see them live, you won’t regret it!